How To Use Digital Marketing To Recruit & Convert Lead Generation 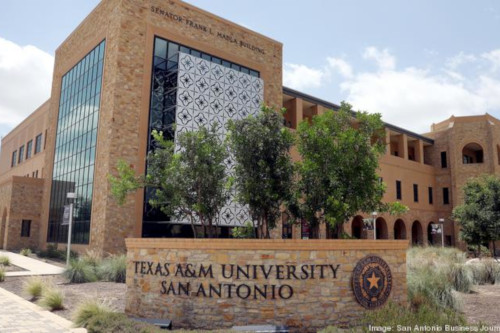 Here’s how our team developed and executed a digital marketing and lead conversion campaign for a local university that resulted in a substantial increase of new students and revenue.

Actually, the marketing / lead generation campaign was the first phase and a series of strategic ideas generated from a Lean Canvas session with the school’s leadership developed into the second phase months later.

The two phases constitute different case studies for how to develop, test and validate marketing channels and how to use lean canvas methodology to develop strategy and execute it – a sort of lean, mean results-driven campaign.

While it provided substantial results for a university, a similar approach could be tailored for any business to provide similar results and increases.

The Challenge: The College of Business at Texas A&M-San Antonio needed an increase of new students to raise its enrollment numbers in order to satisfy state budget requirements.  The catch: the increase in student enrollment needed to happen in the Fall semester and we were hired mid-summer, so an ultra-quick turnaround was required and added to the challenge.

How do you create a digital lead generation campaign targeted at a potential student population and make them react quickly?  That’s a good question.

The Solution Part I: First, we held a series of interviews with new students and asked them what were the primary reasons – starting in chronological order of most important to relative important – and collected approximately 30 to 40 responses.

The top three to five reasons were considered “triggers” and after categorizing and studying them we wrote 15-second scripts highlighting the points and making sure key university selling points were emphasized.  Then we asked about 25 students to put in their own words why they chose Texas A&M-San Antonio and we matched the scripts to their answers and asked them to “weave” them together in their 30-second answers that were taped in interview-style shots.

We then produced three-minute videos using the interviews to tell the A&M-San Antonio story so the prospective student would feel “that could be them” as they watched the video.  It was posted on a branded landing page (above the fold) with a conversion form (first name, last name, email address and cell phone number) and large submit button.

Once the landing page was live, we ran six variations of the same ad on Facebook targeting Hispanic females, Hispanic males, Caucasian females, Caucasian males, military females and military males.  In addition, we adapted already-placed radio commercials with the landing page URL as well as QR codes on brochures that were handed out to prospective students at various events.

When the potential student clicked on the Facebook ad they landed on the landing page with the video and conversion form.  The submitted form went to the university’s enrollment office that followed up with the prospective student to begin the enrollment process.

As part of the sales funnel / lead generation campaign, we tracked and measured the ads (Google Analytics), watched the user habits on the landing page (MouseFlow) and reported back to Texas A&M-San Antonio officials with continuous updates.

Keep in mind, while we had less than three months to show any substantive results, we were able to confirm 27 new students were processed during the Fall enrollment period.  The campaign was so successful a second video and landing page were produced and launched for the Spring semester.

The result of the second campaign produced another handful of students.  Historically, the Fall semester is when the majority of new students decide to enroll into college and universities so the discrepancy in the numbers was understandable.

Texas A&M-San Antonio officials estimated each of the new students who enrolled through our digital lead generation campaign was worth $12,000 apiece during a two-year period.

The Solution Part II: Shortly after the second campaign was launched in the Spring, we led a Lean Canvas session with the university’s president, chancellor, department heads and several other members of the executive leadership team.

After leading them through the nine sections of the Lean Canvas process, we uncovered that new student recruitment required a campaign targeting the Student Development Program, or SDEV.

In a nutshell, the campaign began targeting two-year community college graduates early in the freshman year to plant seeds that transferring to A&M San Antonio was an excellent seamless and cost-effective option.  A few of the ideas for the eventual campaign were actually initially uncovered in the interviews while developing the video scripts.

A pilot program was developed and tested at one of the two-year area colleges that included kiosks, various in-class presentations to freshmen classes and “flash mob” appearances on campus, an idea added later for shock value and to grab media attention.  We taped the first flash mob and sent television stations a link to download the footage.  KSAT-TV, the ABC affiliate in San Antonio, used it during its 10 p.m. newscast, the highest-rated in its time slot in the market.

The campaign produced approximately 185 new students during several months for the university’s school of business with an estimated impact of more than $2.2 million.

The actual worth, however, can be far greater if the initial learning, testing and ideation for the campaigns are the foundation for thousands of transfers during the next 10 to 15 years.  If oceans started with initial drops of rainfall, so to do multi-phased marketing campaigns that begin from developing and testing ideas that produce historically successful results.